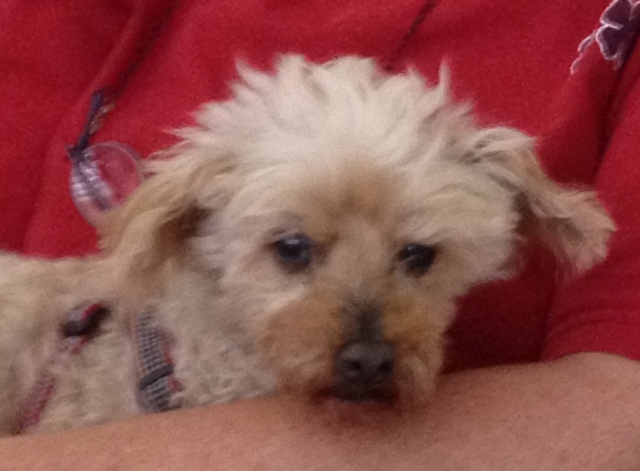 It was the second week in February, 1999. My daughter, Addy and I stopped into our local pet shop to see and hold the baby chicks, ducks, kittens, occasional lamb and kid. In a small, open pen was the tiniest carmel colored puffball of a puppy. We immediately scooped him up and were greeted with kisses and love. My heart was his.

Over the following days, I went back several times and on February 13th, he was ours. And Valentino (Tino) seemed to be the perfect name and description for this round feather-weight lovefest.

Over the last 14 years, he has given us joy, love, aggravation and a lap warmer anytime we sat down. His high pitched barking was the beginning of my hearing loss. He is our first dog allergic to gluten. He is our only dog that travels in planes more than most people. Right before his brain injury on September 6th, he could take a flight of stairs like he was walking on clouds. His legs seem too long for his body and each time he lifted his leg to do his business he nearly toppled over. The last few years he’s been deaf and we would make silly, exaggerated movements to get his attention which would always cause him to prance about and wag his tiny tail like the beating wing of a hummingbird. He got into every trash can he could find and, because of his size (8 lbs.) he wasn’t tall enough to get into the larger ones but could chew the edges of the plastic bag until it fell into the center and left bits of plastic everywhere including, most likely, his tummy. His favorite toy dragged on the floor because it was larger than him as he carried it around. When we grabbed it, he would back up with his tail in the air, wagging and growling all the way.

Since his brain infection,  Addy has been here, calling him ‘Buttercup, Little Man’ and holding him, cleaning him up and sleeping close. He’s making baby step progress. As his head wound oozes, he learns how to balance on his stilt-like legs again, take nourishment by hand and find a lap to curl up in. He sleeps nearly 22 out of 24 hours in a day and the 2 hours he’s awake is a food, water and medication frenzy along with an attempt to walk and pee on his own. The doctor says he may succumb to the brain infection, a stroke, seizures, and a myriad of possible tragic scenarios. Yet “as long as it takes” is what the people around him say who are nursing him back to health because he’s the best dog ever and . . . 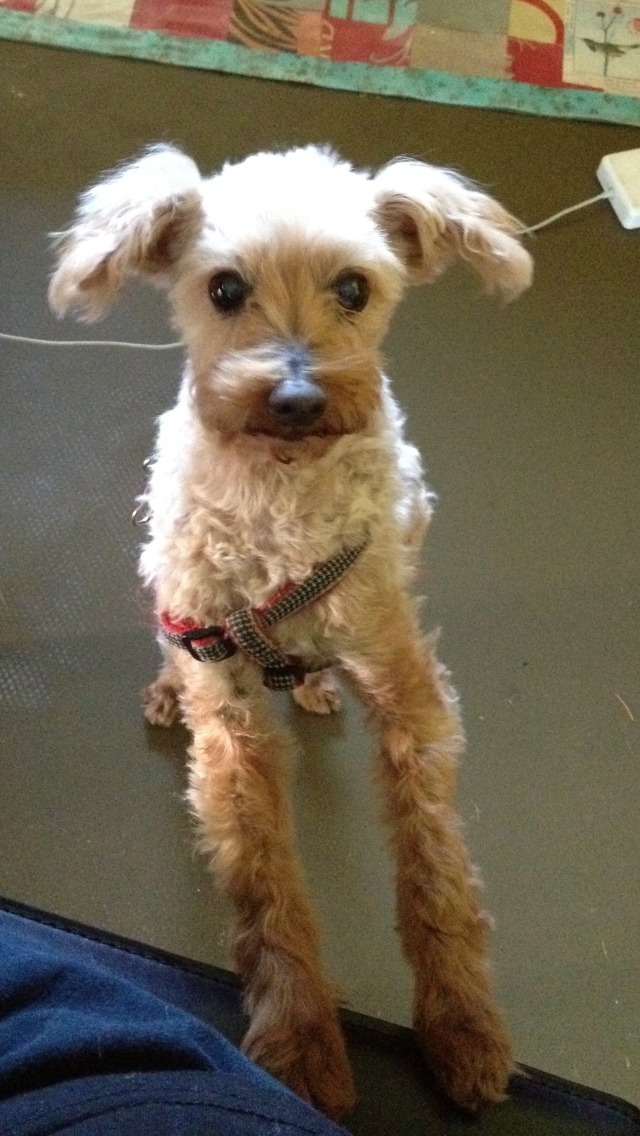 Hi everyone! I'm so glad you're here. I hope you move closer to what your spiritual truth is in this place we call earth from reading my journal. I've been investigating for over 30 years why we're here, in this moment, and have found countless ways to help others relax and enjoy the ride. Hope you'll join me!
View all posts by tari brand →
This entry was posted in family, life journal, my home, spirituality, the present moment and tagged dogs, loving unconditionally, Our Beloved Dog, pets. Bookmark the permalink.

4 Responses to Our Beloved Valentino